The Official Newsletter of the 36th Annual Great Walleye Assault

Eagle River, WI   GWA organizer Buck Tailspinner summoned the attention of the patrons at the Tavern On The Loop bar in Three Lakes with a thundering belch and a somewhat drippy sounding fart.  “GWA-2019 was absolutely epic,” belched Tailpinner, slamming his Leinie’s Oktoberfest on the bar. “Just thinking about it now gives me a full on weasel rocket.”

“GWA arose from humble beginnings,” recounted Tailspinner.  “The first GWA was just three guys, for three days, in a tent, and a little pea-green boat.” 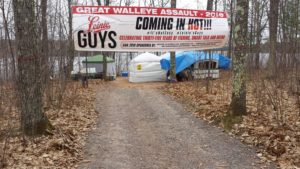 “The Leinie Guys put on a truly epic display for a full two weeks,” continued Tailspinner, “It just makes a guy proud to even know these guys.”

“I heard it was pretty good,” nodded Leinie’s Guy Dale ‘Puck’ Johnson, who managed only a cameo appearance due to his impending move from Minnesota to Three Lakes. “Next year, I’m there for the whole shebang.”

“Now that we’re all retired, it seemed like GWA downshifted just a bit,” assessed Leinie’s Guy Keet Moericke.  “With the exception of Lard, I don’t think anybody felt the pressure to fish every minute of every day. That was kinda nice.”

The Leinie’s Guys were nearly unanimous in their giddiness over the two week slate of events.

“With GWA-2020 creeping over the horizon, it’s time to crank up the GWA dynamo and get things rolling.  It’ll be here before we know it,” concluded Tailspinnger.

Wausau, WI “Nobody ever seems to have a ruler when you need one,” stated Leinie’s Guy Jackson Alters in revealing his new tattoo.  “This should solve that issue.”

With that, Alters rolled up his pant leg to reveal a half yard stick he had inked on his lower right leg.

“All of the guys are going to want me in their boat now,” asserted Alters.  “Even though I was pretty drunk when I did this, it’s probably the smartest thing I’ve ever done.”

They really said it…

“Ya know, we didn’t just pop ourselves into a f***ing time machine and end up here.” – Mikey Bishop, in response to the assertion that retired guys have it made

“I think that was pre-transgender.” – Lard

“Sally Fields…she was in our wheelhouse. Still is, actually.” –Mikey

“It’s good to praise Deano, even if he doesn’t do anything.” –Mikey

“Oh, my favorite Halloween song is on the radio.” –Keet, hearing ‘Come On Eileen’

“The parade of anger and tension.”   – Mikey

“Oooohhh, you guys have been fishing…I love that smell.”  -Janelle, at PI Pub

“That and suntan lotion…those are the smells of summer.”  – Janelle, at PI Pub

“I heard Mikey let loose about a ten second fart this morning…kind of like a bugler in the Marine Corp.” –JJ Henry

Yeah, Lard was an unstoppable beast,” acknowledged Leinie’s Guy Mikey Bishop. “Probably 40% of the walleyes coming into camp were in his livewell.”

“The guy was a machine,” added Keet Moericke. “Just give him a RippleShad and turn him loose.”

Yeah, Lard was an unstoppable beast,” acknowledged Leinie’s Guy Mikey Bishop. “Probably 40% of the walleyes coming into camp were in his livewell.”

“The guy was a machine,” added Keet Moericke. “Just give him a RippleShad and turn him loose.”

“I didn’t really know what to expect,” confessed Durkin. “Dick said that if I wanted to write about characters, I needed to come up here.  Boy, was he right.”

Durkin, who hails from Waupaca, travels the country hunting, fishing and chronicling his journeys. His report on GWA was published in Wisconsin Outdoor News.

“Pat was a great guest and thank God we were able to actually catch some fish,” stated Leinie’s Guy Keet Moericke, downing a bottle of Leinie’s Northwoods.

There’s a lot of hypocrisy on display in the world these days.  Perhaps none more so than the singer Meat Loaf deciding to go vegan and then refusing to change his name to Veggie Loaf.

Thankfully GWA and the Leinie’s Guys have always been a ‘what you see is what you get’ kind of outfit.

As the Leinie’s Guy Mike ‘Mikey’ Bishop has repeatedly said, “It’s not easy” —even though after three and a half decades the Guys sort of make it seem that way.

The finely meshed cogs on the well-oiled machine known as the Great Walleye Assault have begun to turn.  Come May 6th, the Leinie’s Guys will once again gather on the shores of Big Lake to stage what has been called “the greatest fish camp ever”.

We can do it, men!  Let’s make this GWA the greatest yet!

P.S.  A big tip of the Leinie’s cap goes to Dick Leinenkugel for providing the liquid fuel for GWA-2019!!! 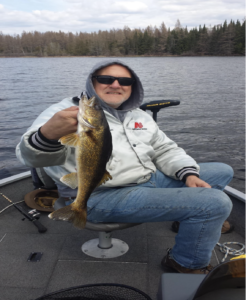 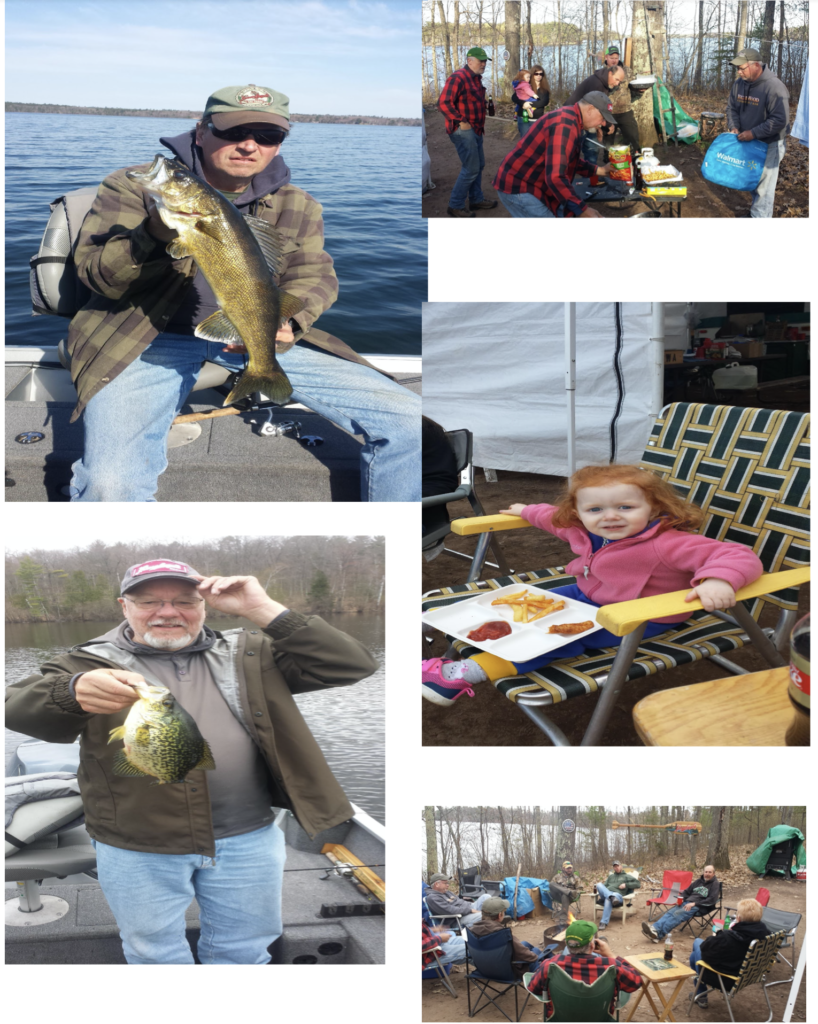